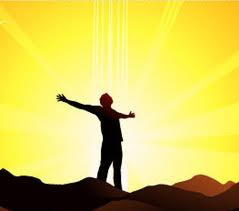 A new research published in the August issue of the ‘Archives of Dermatology’ states that there is a natural way for psoriasis treatment – exposure to vitamin D boosting UV-B light or the sun rays!
Comprising the “tanning rays” from the sun that are blocked by sunscreen and that were long feared for supposedly causing wrinkles and “age spots”, UV-B light can actually promote health by increasing levels of vitamin D. A team of scientists from St. Vincent’s University Hospital in Dublin, Ireland, have found that psoriasis treatment with narrow-band UV-B rays greatly increases serum levels of vitamin D in the wintertime. They have actually shown how adequate exposure to UV-B light therapy can treat psoriasis naturally without any side effects. In fact, the new research finding about psoriasis treatment is a powerful evidence that a lack of the “sunshine” vitamin is involved in the development and worsening of this skin condition.
The researchers studied 30 consecutive patients with psoriasis who were treated with narrow-band UV-B light three times per week between October 2008 and February 2009. Their psoriasis was treated and also their serum vitamin D levels (which were measured before the study, after four weeks of treatment and after the treatment was finished) were compared with those of 30 control patients who also had psoriasis but did not have any UV-B therapy for their psoriasis treatment. The researchers also assessed the severity of the patients’ psoriasis symptoms and their skin disease-related quality of life before and after treatment.
The results showed that levels of serum 25-hydroxyvitamin D, which is considered the most accurate measurement of vitamin D levels in the body, had increased significantly among individuals who got the UV-B therapy – rising from about 23 nanograms per milliliter to 59 nanograms per milliliter at the end of treatment. However, there was no change in the control group.
“At the end of the study, all patients in the treatment group were vitamin D sufficient, but 75 percent of the control group had vitamin D insufficiency,” the researchers wrote in their paper. The control group’s skin condition didn’t improve at all. However, in the group that was treated with UV-B light exposure, psoriasis severity scores decreased dramatically from 7.1 at the beginning of the study to only 0.5 after light therapy.