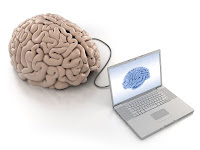 Everyone may be trying to make thousands of friends on Facebook and many of them have been successful too but the truth is that our brain can handle only 150 friends at a time. This was revealed in a study conducted by Robin Dunbar, a professor of Evolutionary Anthropology at Oxford University, due to be published later this year. 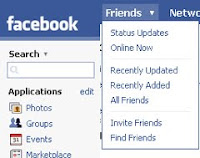 The theory- ‘Dunbar’s number- developed in the 1990s, stated that the part of the brain responsible for conscious thought and language, known as neocortex, can only manage a social circle of about 150 friends. The term ‘friend’ here has been taken to mean the people whom we contact at least once in a year. According to Dunbar, the “Facebook effect” has hardly had an impact on the size of social groupings.
People on Facebook and other such social network sites, according to Dunbar, “maintain the same inner circle of around 150 people that we observe in the real world.” Most people agree to the fact that friends on social network sites are not close “friends.”
Younger generation might be taking it as “cool” to have thousands of friends on their Facebook profiles but the truth remains that the brain is not capable of handling more than 150 friends either in person or on Facebook!
News Source- The Times of India
Prev Article Next Article