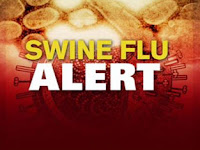 The Chinese ministry of health has reported four deaths that came to persons who had been inoculated with A/H1N1 flu vaccine made in the country. The confirmation of these deaths comes after 26 million people were vaccinated within weeks of formulating the vaccines in record time after the swine flu outbreak.
The ministry hastened to say that three of the four deaths were not related the vaccines and it was a coincidence that these persons died after taking the inoculation shots. The cause of the fourth death is year to be determined, Liang Wannian, director of the ministry’s emergency response
Liang said suspected adverse reactions have been reported in 2,867 of the people who took the vaccines. About four fifths of the reactions were fever or swelling.
“Clinical tests and practices in China and other countries have shown the A/H1N1 flu vaccines are safe,” Liang said.
The flu has infected more than 90,000 people in China and 80% of them have recovered, official statistics show. A total of 178 people have died in the Chinese mainland until Sunday.
Read the full news
Prev Article Next Article