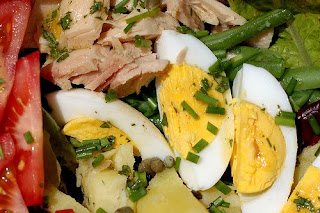 You may be well surprised when you read the list of the 10 most riskiest foods released by the Center for Science in the Public Interest. The list includes the so called healthy foods like leafy greens, eggs, and tuna. The scientists rated these foods, all of them regulated by the Food and Drug Administration, by the number of outbreaks associated with them since 1990, and also provided the number of recorded illnesses.

Before setting up your diet chart, just look at the list of dangerous foods. They are risky in descending order based on the outbreaks they caused

Why Are These Foods Dangerous?

These foods were listed risky based on the severity of the illnesses that ranged from minor stomach aches to death. Leafy greens such as lettuce are stated as risky due to the pathogens like E. coli, Norovirus and Salmonella in foods that were not properly washed. Salmonella is also present in egg, cheese and tomato. They cause illnesses when eggs are undercooked, cheese is not processed properly and tomatoes are raw. Salmonella and E. coli are also related to potatoes. Potatoes become dangerous when cold-prepared potato items- like potato salad- are mixed with other contaminated ingredients.

Unrefrigerated fresh tuna deteriorates quickly and release harmful toxins. Canned tuna is risky due to mixed-in ingredients such as mayonnaise. Improperly washed oysters are at risk of Norovirus. The surprising statement made by the study is that bacteria can also survive in ice cream, primarily from the Salmonella contamination of its one of the important ingredients- eggs, sometimes undercooked.