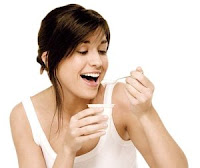 A team of experts from the European Food Safety Authority (EFSA) have rejected the claims made about the benefits of probiotic ingredients, mostly found in yoghurt and some health drinks. EFSA has rejected 10 claims from among the 180 health claims for the supplements. Remaining 170 claims are said to not have provided enough evidence of their effects. The manufacturers of best-selling yoghurt drinks Actimel and Yakult have submitted claims that will be considered at a later stage. EFSA is reviewing all health claims made for food products as a result of the introduction of a new EU law in 2006 which directed that all medical-sounding marketing claims must be verified.

It has been proven by many scientific researches that not all the bacteria and micro-organisms in human digestive tract and colon are harmful. Some of these bacteria are helpful and help in better digestion, improves immunity and overall health. Probiotics are dietary supplements that are claimed to be similar to normally beneficial bacteria and organisms found in human body, especially in the intestines and colon. They can be found naturally in some foods such as yoghurt, fermented and non fermented milk, some juices and soy drinks.

Many researches have been conducted about the benefits of probiotics, which still continue.

However, before taking any probiotics products, one should always consult their doctors.
Prev Article Next Article