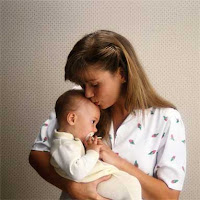 
The study findings show the importance of the intrauterine environment, which seems to trump even genes and the environment in which the child is raised. Results of the study will be published in the November issue of the Journal of Clinical Endocrinology & Metabolism.

Obesity, more particularly childhood obesity, is on the rise and can lead to insulin resistance, cardiovascular disease and pregnancy complications. Previous studies of obese pregnant women have shown that obesity and its related health problems can be passed on to children, which indicates that the intrauterine environment may determine whether a child is destined for obesity. The co-author of the study, Dr. John Kral, of the State University of New York Downstate Medical Center in Brooklyn, said in a news release from the Endocrine Society that “the study confirms previous research showing that the intrauterine environment may be more important than genes and the postnatal environment when it comes to the association between maternal obesity and childhood obesity. Any medical or surgical treatment to reduce obesity and existing metabolic disorders before pregnancy can be an investment in the life of future offspring.”

The new study focused on women who underwent a weight-loss procedure called biliopancreatic diversion before becoming pregnant. The procedure alters digestion by making the stomach smaller and directing food to bypass part of the small intestine, resulting in absorption of fewer calories. The study authors found that children who were born after their mother’s weight-loss surgery had lower birth weight and waist circumference and were three times less likely to become severely obese than their older siblings. The younger siblings also had improved cardiovascular markers, including reduced insulin resistance and lower cholesterol, the researchers found.

Learn more about childhood obesity from the U.S. National Library of Medicine.