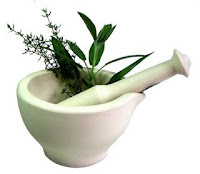 Medihope, an Ayurvedic drug developed by a Pune-based company has been granted patent for its qualities beneficial for cancer patients. It is said that Medihope has the ability to help patients reduce the side effects of chemotherapy during cancer treatment. It also improves the blood platelet count among patients and increases the percentage of their hemoglobin. It also reduces pain from chemotherapy.

According to R.D.Katkar, Chief Executive of Hope Ayurvedic Medicine Private Ltd., Medihope will reduce the side effects of chemotherapy, in which anti-cancer (cytotoxic) drugs are used to destroy cancer cells during the course of treatment. The remarkable results of Medihope have been founded after 10 years of laboratory tests. Trials were conducted afterwards on over 2000 patients. After receiving patents from the central government of India last year, the company, has now registered in 108 other countries for patenting the product as a special Ayurvedic medicine. The medicine will be made available throughout the country soon.
Prev Article Next Article