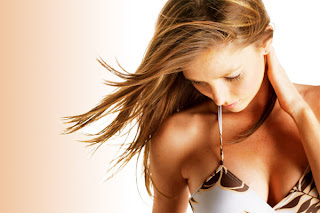 The breaking news of boob job technique that uses unwanted fat from other parts of the body has given much hopes to many women. However, with the news flashing since last weekend, some experts have already claimed that this type of breast enlargement won’t last. Before jumping to any conclusion, it seems apt to know what is said for and against this ‘two-in-one’ surgery.

The Harley Medical Group, a well-known cosmetic surgery clinic, claimed to have pioneered the breast enlargement operation which takes excess fat from thighs and stomach and moves it to the bust. The technique is said to have originated from reconstructive surgery and was tested in Britain after a 10-year study on global developments in fat grafting. According to the group, the results experienced by patients in the US and UK, who had the procedure four or five years ago, have shown that the effects are lasting. Made popular as “two-in-one” op, the surgery is likely to be available from early next year for about £8,000. According to the chairman of Harley Medical Group, Mel Braham, “This really is the most exciting breakthrough in cosmetic and reconstructive surgery that I have seen over the last two decades.” Details of the operation are scheduled to be presented at the annual meeting of the British Association of Aesthetic Plastic Surgeons (BAAPS) in Cardiff in a week’s time by Sidney Coleman, a New York specialist who popularized the technique of fat transfer, mostly to the face to remove wrinkles.

Some of the cosmetic surgeons criticized the new boob job technique as “hype” and “premature”. In their attempt to prove their point, these experts cited the earlier attempts to give women larger breasts. This includes the initial attempt of using paraffin injections in Vienna in the 1890s followed by other substances such as ivory balls, vegetable oil, beeswax, silicon, silk fabric and even glazing putty. The latest substance that is used for breast enlargement is the Macrolane, a preparation of a naturally occurring chemical in the body called hyaluronic acid, which is injected directly into breasts. However, the latest British study stated an 18 per cent complication rate, with all patients needing top-up injections after nine and 15 months.

This is not for the first time that body’s own fat supply is used to enlarge breasts. The technique of removing fat by liposuction, and then injecting it into the chest has been tried for almost 20 years but with limited success. According to the criticizing experts, injecting small amounts of fat into the face, where there is a good blood supply, works. However, the new technique involves injecting a large blob of fat into the breast area. Fat is made of living cells and they need blood supply to survive. A study regarding fat transfer in Japan, published in Aesthetic Plastic Surgery last year, found that, on average, half the fat injected was lost and all the women needed a second procedure after a year. It is also feared that dying fat cells could cause micro-calcification in the breast leading to difficulties in breast screening and an increase in biopsies – an invasive procedure to remove tissue to check for cancer.

After knowing the arguments of both the sides, it is still uncertain whether the miracle breast enlargement surgery, which will also lead to weight loss, is going to be effective or not? It may take few years to know the answer to this question. Meanwhile, it remains to be seen how many women risk their wellness to get beauty treatment!